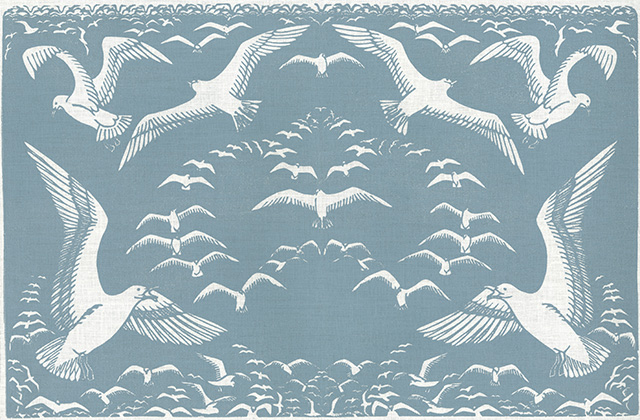 Museum members only; reservations required. Sign up online at Eventbrite or call (978)283-0455 x10 for further information. 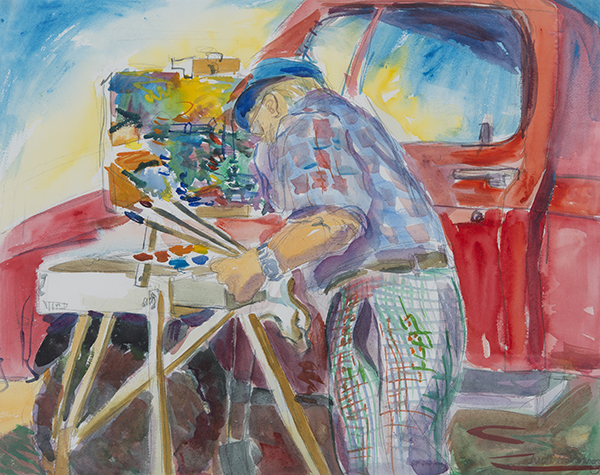 Artist and gallery owner Judi Rotenberg will reflect on her father’s philosophies of observation and painting, and their years of plein air painting side by side. Space is limited; reservations required. $10 members; $15 nonmembers, includes museum admission.

Offered in conjunction with the Cape Ann Museum archival exhibition, Unfolding Histories: Cape Ann before 1900, participants will learn some basics about how books have been made since earliest times and will then create three different book structures to take home. Space is limited, reservations required. $125 for Museum Members; $145 for nonmembers. Materials included. 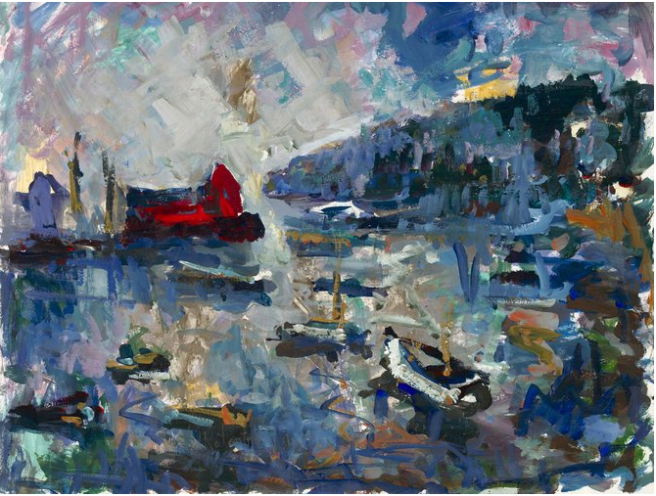 Harold Rotenberg: An American Impressionist, a special exhibition exploring the career of artist Harold Rotenberg (1905-2011), will open at the Cape Ann Museum on Saturday, April 14 and remain on display through June 17.

For 90 years, Rotenberg devoted himself to painting, creating a remarkable body of work. “Paintings are adventures,” he once observed, adding each one is “a new experience.” Visitors to the Museum will be able to share in this remarkable artist’s adventures as they explore a selection of 40 works created on Cape Ann and around the world.

A native of Attleboro, Massachusetts, beginning in the early 1920s, Rotenberg embarked on a life of creating art and inspiring others to do the same. Through his work at a settlement house in Boston, at the Boston Museum School, the School of Practical Art in Boston and from his own studio, Rotenberg provided instruction to an entire generation of artists, including Jack Levine, Reed Kay, Jason Berger, Barbara Swan and David Aronson.

Rotenberg created a large body of his own work, experimenting with a variety of mediums and moving easily between traditional compositions and abstraction. His mature style was influenced by impressionism and effectively uses color and brushwork as a mean of expressing the uniqueness of place and time. He lived and painted around the world but Rockport held a special place in his heart and the paintings he created on Cape Ann dominate this exhibition.

Harold Rotenberg: An American Impressionist was organized with the assistance of the artist’s daughter, Judi Rotenberg who will present a gallery talk on her father’s work on Saturday, April 28 at 9:30 a.m. A noted artist herself, it is Judi’s hope that this special exhibition will introduce new audiences of art lovers to her father’s work and inspire artists to view their work as “adventures.”

Judith Curtis, a freelance arts writer for publications like American Art Review and author of several books on artists including “H. Rotenberg: an Artist’s Journey,” will speak about his work on Saturday, June 9 at 3 p.m. Curtis is also the curator of the Rockport Art Association, and she lives on Cape Ann.

For more information about the exhibition and related programming, please visit the Museum’s website http://www.capeannmuseum.org.

In the first major exhibition to bring together historical and archival material from nine Cape Ann institutions, Unfolding Histories: Cape Ann Before 1900 illuminates the area’s wide-ranging stories from Native American life to the first European settlers in the 1640s, the temperance movement, African American history and civil rights, women’s history, the advent of railroad and mass transportation as well as work, literary, and cultural life during Cape Ann’s early years.

As the region prepares for the 400th anniversary of the first English settlement on Cape Ann in 2023, the Cape Ann Museum seeks to highlight significant historical materials from its own collection as well as those from historical societies in the region for this exhibition.

Organized thematically, Unfolding Histories lets the documents tell the history of Cape Ann including some often neglected experiences and perspectives. The exhibition is designed to appeal to both scholars, looking to deepen their understanding of life for the disenfranchised in colonial America and the early Republic, as well as for local residents looking to appreciate the many factors that have shaped the place. Archival records depict the political and social structures of the nation before its founding up to 1900 and offer informative, enriching windows into the region that became a haven for some of America’s most renowned artists and writers.

“From the start, exhibition planners realized that getting everyday people excited about fragile scraps of paper and hard-to-read penmanship would be no easy task,” says Martha Oaks, Cape Ann Museum’s Curator. “As such, it was decided early on that the exhibition would be organized around broad themes that tell untold stories, uncover hidden histories, and highlight experiences of everyday people on Cape Ann. Ten themes were selected: African American history, charity and welfare, education, Native American history, literary imagination, religion, temperance, transportation, wartime, and women’s history.”

Guest curator for Unfolding Histories is Dr. Molly O’Hagan Hardy, Director for Digital and Book History Initiatives at the American Antiquarian Society in Worcester. A full color catalog, written by Dr. Hardy, will accompany the exhibition.

For more information about the exhibition and related programming, please visit the Museum’s website http://www.capeannmuseum.org.