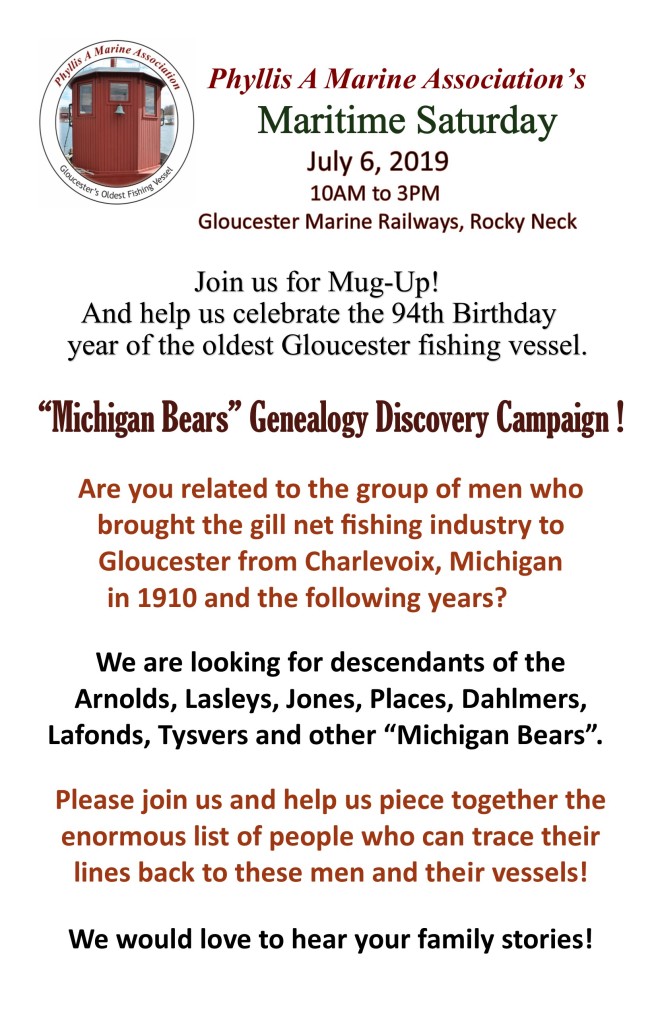 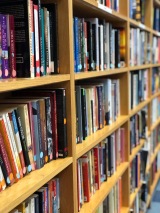 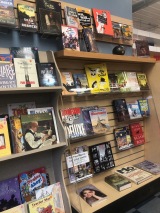 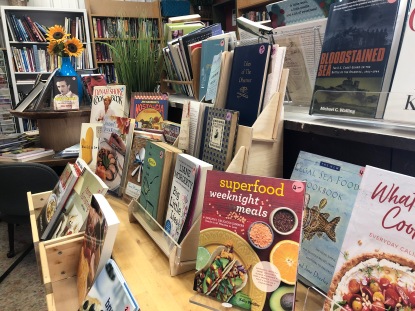 Second Glance Thrift Store presents The Book Fair at The Glance with a wide variety of reading choices. Come shop from a selection of high-quality books pulled from premium inventory and saved for this special two-day blowout event. Thousands of titles are available at this book bonanza with something for everyone.

Saturday from 9 am to 7 pm and Sunday from 11 am to 5 pm. All proceeds benefit The Open Door.

The mission of The Open Door is to alleviate the impact of hunger in our community. We use practical strategies to connect people to good food, to advocate on behalf of those in need, and to engage others in the work of building food security. The Open Door serves residents of Gloucester, Rockport, Manchester-by-the-Sea, Essex, Ipswich, Topsfield, Boxford, Rowley, Hamilton, and Wenham.

To find out more about The Open Door or donate online, visit FOODPANTRY.ORG. 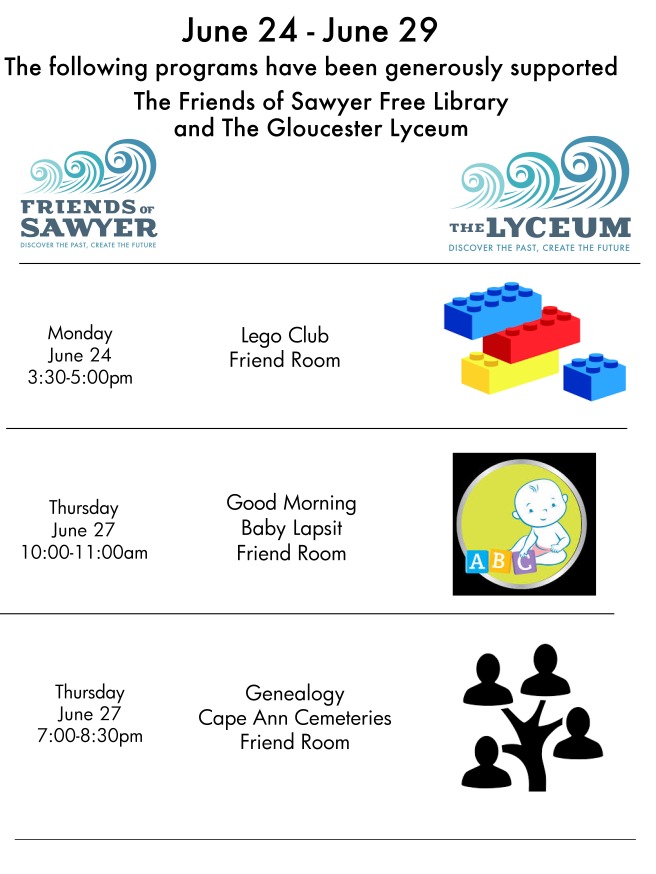 Michele O’Neil Demonstration and Pop-Up Show! Pop-Up Show June 24-30 Demonstration June 30 (2pm) Open free to the public. Contemporary artist Michele O’Neil resides on the coast of Cape Ann. She has been working with watercolor and oil paints for well over a decade expressing a love for the landscape of her home, the details that populate it, and the ever awe-inspiring light that exalts it. This reverence of her surroundings brings her canvas and brushes “en plein air” allowing the energy of the experience to lead her creative process. If she travels, Michele’s easel travels with her so that any opportunities of inspiration are not wasted. Michele had studied and taken workshops with artists Paul George, Alvaro Castagnet, George Van Hook, and Colley Whisson. She has won numerous awards across Cape Ann and continues to be an active part in the classical art community.

Sign up soon! Spaces are filling up fast for our Summer Art Programs with some classes already sold out.

We have week-long classes for middle school students too!
Visit www.arthaven.org.

This year will be the 30th annual Red, White and Blue Pancake Breakfast, the traditional start of the Fourth of July holiday. Save the date for Saturday, June 29, rain or shine, 7:30am-11am at Tuck’s Point, Manchester. Whether sunny or rainy, eating breakfast in the Chowder House, with views of the harbor, is an unforgettable experience. Proceeds from the breakfast support our Scholarship program. This year we welcome Black Earth Farms who will supply compostable tableware and collect the compostable materials and haul it away. In addition to red, white and blue, we will be green too.

Look for Rotarians selling tickets in front of the Post Office and Crosby’s Saturday morning, 8am-noon, June 22, or stop in at the Manchester Parks & Rec Department, People’s Bank or Nor’East Frameworks. Tickets are $9 in advance, $10 the day of the event. Children 8 and under are free. Free parking at Tuck’s Point for this event, including out-of-towners. Click here to buy tickets online.

This breakfast is a true-blue slice of Americana and draws crowds of all ages, townies and newcomers alike. There will be free pony rides for the kids, musical entertainment, and a priceless view. Start or continue a tradition with your family by volunteering to serve at this event. You can call Dot for volunteering or for more information, at 526-8040 and leave a message, or email, dotsieradzki@gmail.com.

Music on Meetinghouse Green is a free outdoor summer music festival at 6:00PM on the Green in front of the Unitarian Universalist Church at the corner of Middle and Church Streets.  We dedicate this fourth season in honor of Linzee Coolidge and the late Beth Coolidge for their vision and generosity to the Cape Ann community.

Please join us for the 4th year of this unique outdoor concert series, hosted by the Gloucester Meetinghouse Foundation.  The 9-event summer festival features a different musical ensemble on Friday evenings starting on July 5th and benefits our North Shore non-profit partners via free-will offerings from the audience.  Concerts are held inside the Meetinghouse in inclement weather. Come celebrate TGIF with great music and delicious food available from local vendors while supporting the terrific work of local non-profits!

Please visit http://www.gloucestermeetinghouse.org for the season schedule and more information.

The whole community is invited to enjoy this family-friendly experience under the shade trees on the green in the heart of the Historic District.  Bring lawn chairs, blankets and your favorite libation to enjoy the music and delicious food available from local vendors.  Your voluntary contributions support the work of 8 dedicated partner organizations that work so hard to improve the lives of our fellow citizens on Cape Ann.

The final event on September 6th benefits the ongoing preservation of the grand 1806 Meetinghouse, Gloucester’s oldest church – steeped in the history of religious freedom in Massachusetts and central to the Constitution’s guarantee of the separation of Church and State!

Each year the Cape Ann Chamber’s Businesswomen’s Committee awards the Carolyn O’Connor Scholarship to a woman who is going back to school to better herself/her circumstances.  Someone who perhaps had to stop pursuing her career due to unforeseen or unfortunate circumstances, or who simply has struggle with the means to attend college.

To qualify for the scholarship the applicant must have graduated from High School or earned a GED.

We are looking for women who are seeking education or training, to better their life situation and further their career.

This year the committee has announced that they will be awarding two $1,500 Scholarships (in the past it has been one, $1,250 award).

Applications are now available HERE. The deadline for the applications to be returned to the Chamber is September 1, 2019. 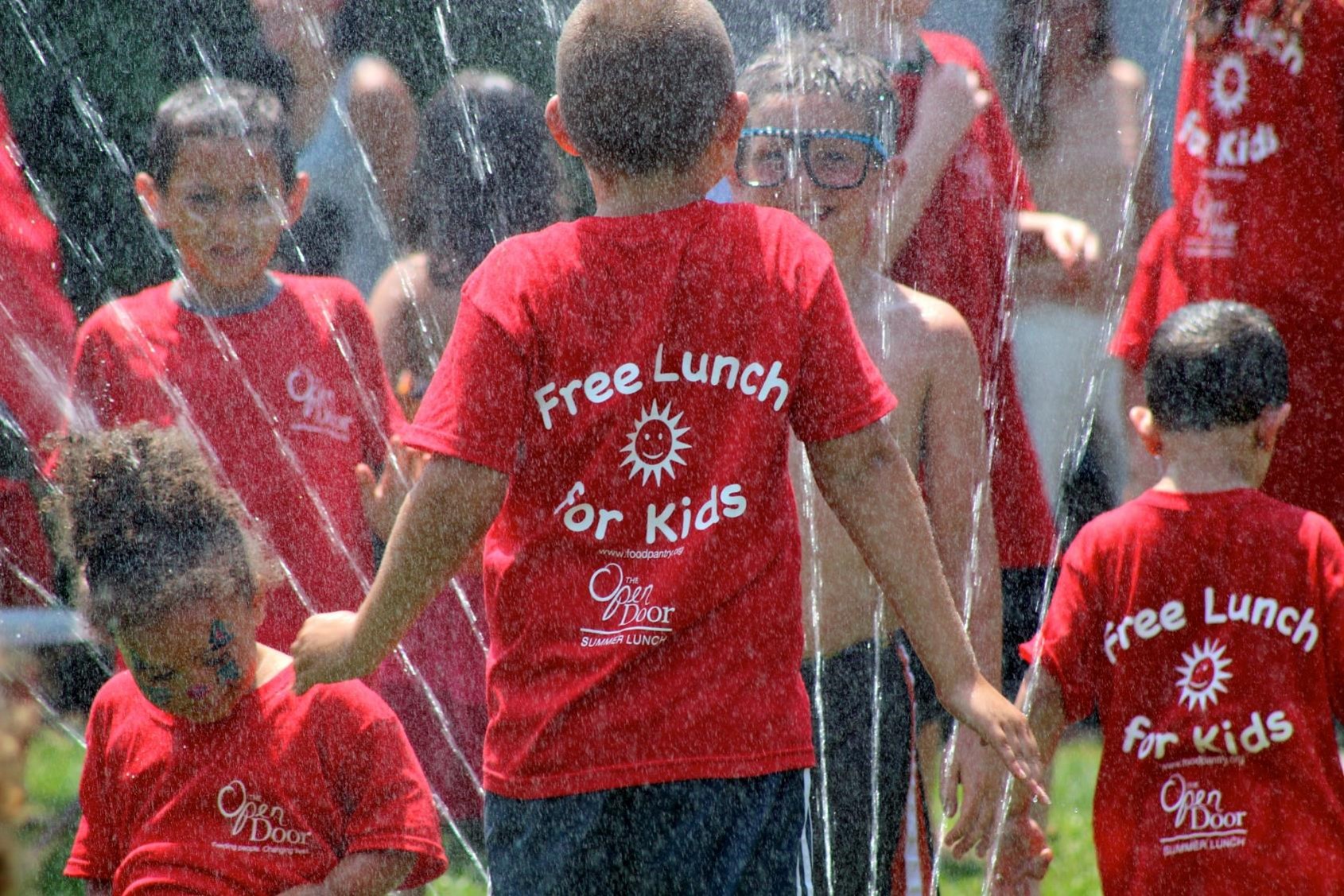 LET NO KID GO HUNGRY OVER THE SUMMER!

Free food, fun, music and adventure are open to all at The Open Door USDA Summer Meals for Kids Kick Off picnic from 11am-2p.m on Wednesday,  June 19, the day after school gets out, at Riverdale Park in Gloucester.

Free meals will be available for children up to the age of 18 at 10 sites, 8 in Gloucester and 2 in Ipswich through out the 10 weeks of summer.

Open sites (No Enrollment Required) include:

Hope to see you there!

The Little Art has showings every night at 7PM!

This week, Monday and Tuesday, we have Ace in the Hole screening.

“Billy Wilder’s Ace in the Hole is one of the most scathing indictments of American culture ever produced by a Hollywood filmmaker. Kirk Douglas gives the fiercest performance of his career as Chuck Tatum, an amoral newspaper reporter who washes up in dead-end Albuquerque, happens upon the scoop of a lifetime, and will do anything to keep getting the lurid headlines. Wilder’s follow-up to Sunset Boulevard is an even darker vision, a no-holds-barred exposé of the American media’s appetite for sensation that has gotten only more relevant with time.”

Then from Wednesday to Sunday we have Ida Lupino’s The Bigamist.

“Ida Lupino, a star of the nineteen-forties, became a director in 1949—a great one, as seen in Film Forum’s retrospective (through Nov. 22) of her work on both sides of the camera. Her movies probe women’s lives and troubles—unwanted pregnancy, mother-daughter rivalry, rape and its psychological aftermath—with a harrowing subjectivity that makes her one of the most original directors of the time. Lupino was also an independent producer, in partnership with her then husband, Collier Young, and her 1953 melodrama “The Bigamist” (which he wrote) confronts the emotional dangers of a working marriage. The title character (Edmond O’Brien) is a travelling appliance wholesaler in business with his wife (Joan Fontaine), who runs their office but neglects their romance. Lupino herself plays the other woman. Though centered on the philanderer’s double life, the movie’s most passionate moments are reserved for the anguish of the women facing his secrets and lies.”

To see the rest of our schedule or if you have any other questions you can visit our website littleartrockport.com or give us a call at 978.309.8593!