This year’s Gloucester Schooner Festival will set a record for number of schooners participating. Twenty five schooners will descend on Cape Ann to participate in the 32nd annual Festival. 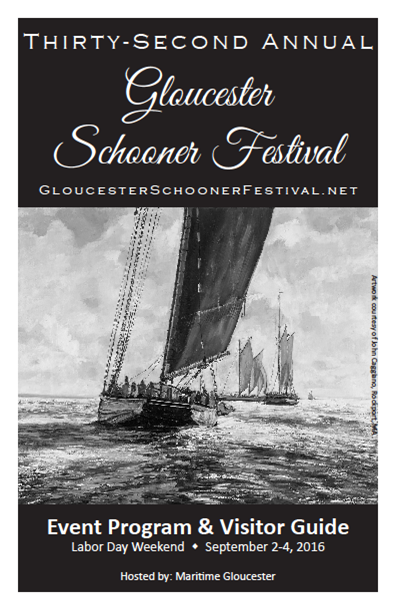 In the large schooner category, Columbia returns to defend her  title as fastest schooner in the fleet, while Adventure, Roseway, Lettie Howard, American Eagle and Liberty Clipper will attempt to dethrone last year’s champion. Adventure is particularly excited about this year’s race as it seeks to celebrate its 90th birthday with a win on Sunday.

“This is my favorite weekend of the year,” says Tom Ellis, long-time schooner captain and one of the patriarchs of the local schooner community.

The celebrations begin Friday evening. The City will be hosting a Block Party on Main Street and Maritime Gloucester, host of the Schooner Festival, will host its annual Gala, Evening Under the Spars at Gloucester’s new Beauport Hotel (sold out).

Festivities on Saturday start at 10:00 am on Harbor Loop under the First Ipswich Pavilion Tent at Maritime Gloucester. Maritime Heritage day celebrates our fishing and schooner heritage with an array of organizations offering interactive exhibits as well as local vendors and artists who will be in attendance. Heritage day is fun for all ages and is a great way to kick off Schooner Festival Weekend. Maritime Gloucester’s museum will be open free of charge throughout the day. Schooners will be located around the Harbor and information about the schooners and their locations will be available at Heritage Day. For example, the Schooner Adventure will be located at the State Fish Pier and will be open for deck tours.

Additional Saturday activities include a lobster bake at the Gloucester House Restaurant followed by the Boat “Parade of Lights” which kicks off at 7:30pm and Fireworks over Gloucester Harbor around 9:15pm

Sunday’s Parade of Sail Kicks off at 10:30 am, proceeding from Gloucester’s Inner Harbor past Stacy Boulevard to the starting area of the Mayor’s Race on Eastern Point. Key viewing areas include the Boulevard and Stage Fort Park. The Mayor’s Race starts at 1:00pm. The race is a remembrance of the rekindling of the schooner race of the 1920’s off the coast of Halifax, Nova Scotia between the Canadian Schooner Delawanna and the U.S. Schooner Esperanto.  A press boat is available for a limited number of photographers.

Lead sponsors of the Festival include: First Ipswich Bank, the City of Gloucester, Market Basket and Institution for Savings. For a full list of sponsors, go to the Schooner Festival website. The Festival raises much needed funds from the community by offering a raffle in addition to corporate underwriting support. Please purchase raffle tickets at Maritime Gloucester or during Maritime Heritage Day.

Maritime Gloucester is a 501(c) (3) non-profit institution whose mission is to inspire students and visitors to value marine science, maritime heritage and environmental stewardship through hands-on education and experiences. Its one-acre campus is located on Gloucester Harbor at 23 Harbor Loop, adjacent to the Coast Guard Station. For more information go to www.maritimegloucester.org or like us on Facebook. 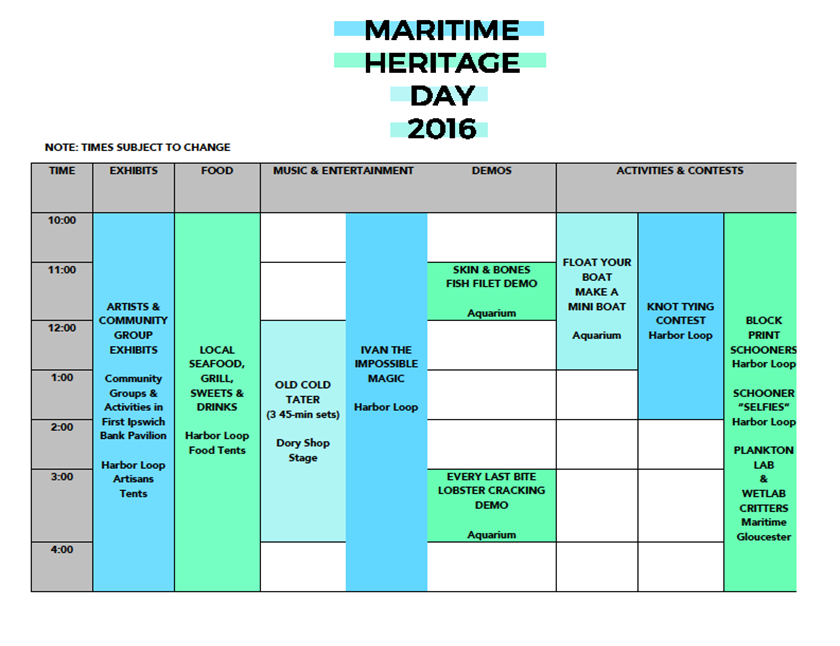